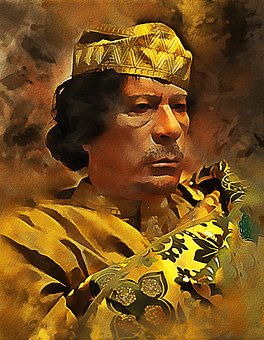 The gold dinar: a groundbreaking initiative

The objective of this new currency was to divert oil revenues towards state-controlled funds rather than American banks. In other words, to stop using the dollar for oil transactions. Countries such as Nigeria, Tunisia, Egypt and Angola were ready to change their currencies. Unfortunately in March 2011, the NATO-led coalition began a military intervention in Libya in the name of freedom….

The leader, who has been in power for 41 years, has managed to gain the support of all the major tribes and buy social peace through radical measures and a policy of shared oil revenues.

Jihadism, the number one enemy of the West, Gaddafi eliminated it with Napalm in the 1990s. Although he financed many armed groups in the Sahel, Libya itself was a stable country where the risk of being kidnapped or even murdered by an armed militia was non-existent.

With an excellent management of oil revenues, the Libyan state had managed to store hundreds of tons of gold (143 tons according to WikiLeaks) and the same amount in silver. All these resources were going to make Libya the most influential country in Africa, supplanting France for example.

Gaddafi wanted to avoid American influence in his oil transactions by using this gold. He launched the gold dinar project, and other major African governments were ready to support him in this project. It was both an African dream and a nightmare for the West’s financial system.

The end of the African dream

This information was discovered through Hillary Clinton’s electronic mailbox. One of the 3000 emails showed NATO’s willingness to overthrow Gaddafi’s government. NATO mainly wanted to to neutralize the African gold currency supported by Libyan oil reserves.

At the beginning of March, the Libyan army and the many militias loyal to the government had already crushed the rebellion, thanks to their numbers and equipment. However, with Western intervention, the dream of a unified monetary system based on gold and independent of the dollar perished…