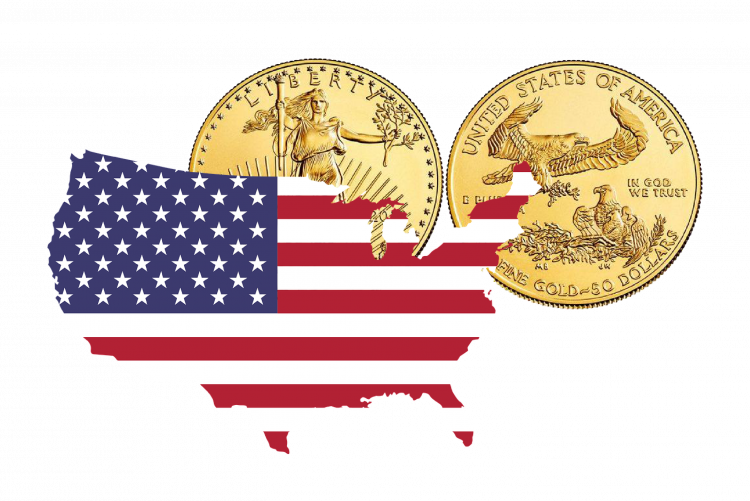 The American Gold Eagle was first issued in 1986 as an official U.S. gold investment coin. It allows investors to buy gold in a practical and economical way.

The obverse of the coin, based on the design of the Double Eagle of Saint-Gaudens, features the emblematic figure of Lady Liberty holding a torch in her right hand and an olive branch in her left hand, with the Capitol building in the left background. Stars that represent the states of the United-States surround Lady Liberty. The date of issue also appears on the right of the design.

On the reverse we can see the representation of a male eagle carrying an olive branch flying above a nest containing a female eagle and her hatchlings. It also includes the inscriptions “In God We Trust”, “E Pluribus Unum” and “United States of America”. Below the design are the nominal value and the quantity of gold contained in the coin.

Over time, slight changes have been made to the eagle’s feathers or the date of issue. For example, the issue date that was previously in Roman numerals is now in Arabic numerals. The edge has also been slightly modified.

The American Gold Eagle is one of the most popular coins in the world. This gold coin probably has the most beautiful design of the American coinage.