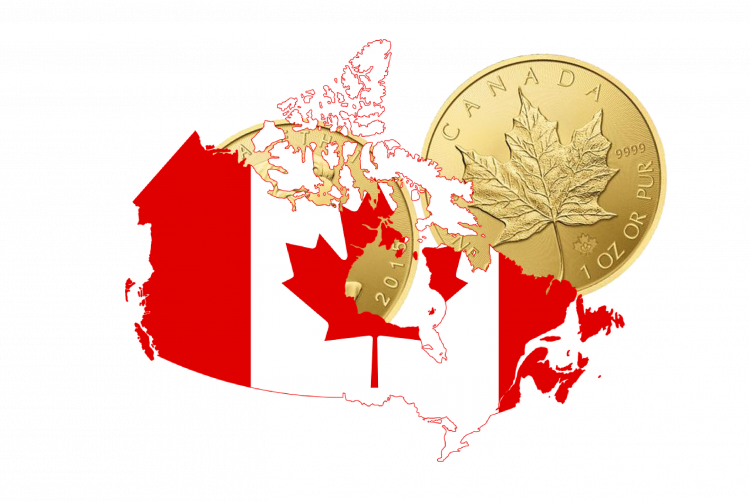 In 1979 the only investment coin was the South African Krugerrand. Due to the economic boycott of South Africa because of apartheid, it was no longer available on the markets. There was still a strong demand but the supply was no longer on the market. The Royal Canadian Mint then decided to respond to this demand by creating its own investment coin: the Canadian Gold Maple Leaf. Its name comes from the fact that the coin features on its reverse the iconic maple leaf. It’s a symbol representing Canada and synonymous with Canadian identity.

In addition, since 2013, a small micro textured laser-engraved maple leaf has been added on a small portion of the reverse of the coin. In its centre is the number indicating the year of issue of the coin, which is only visible when using a magnification system.