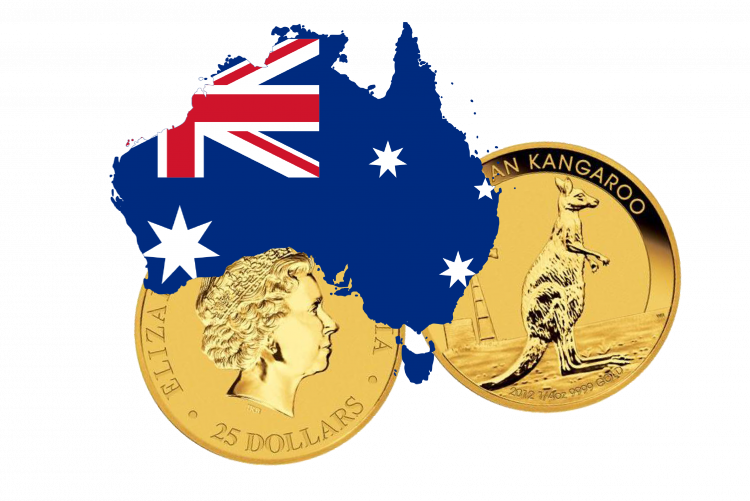 The gold coin known as the “Australian nugget” came officially into circulation in 1987 in Sydney. The name obviously refers to the representation of the Australian nugget on its reverse. In 1990, the gold nugget initially pictured on the reverse was replaced by a kangaroo.

The kangaroo is indeed an internationally famous symbol of Australia and its wild fauna. From that moment on, this series of gold coins had a new nickname: Australian Gold Kangaroo.

At first, there were four different denominations, ranging from 1 ounce to 1/10 ounce, each with face values proportional to their weight. These gold coins are among the purest in the world with a purity rate of 99.99%.

The design of the kangaroos on the back of the coins changes every year, making them unique.

From 1991 onwards, new denominations came into circulation, including 1 kilogram, 10 ounce and 2 ounce.

On the obverse of the coin we can see a depiction of Queen Elizabeth II of England. She had an important influence on the history and modern state of Australia. The coin also features the inscriptions “Elizabeth II” around her portrait, as well as the name of the coin and “Australia”. The obverse does not change from one year to another and remains the same.

The popularity of the coin, the fact that the representation of the kangaroo changes each year, and the limited minting have made these gold coins very attractive to numismatists and investors around the world.