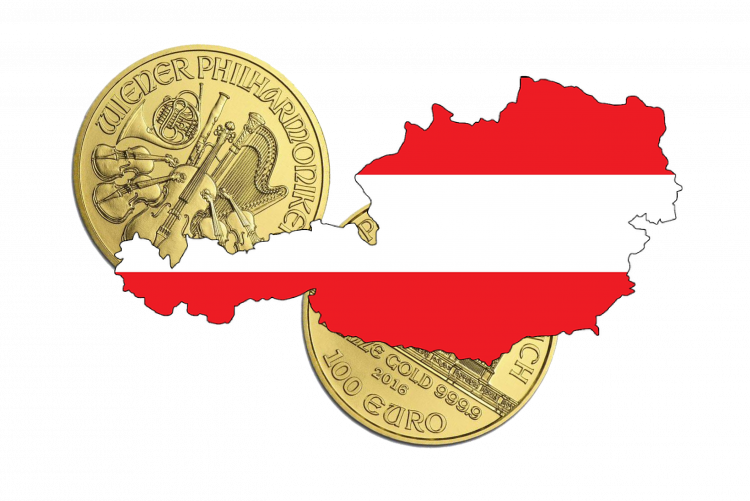 A few years after the import ban on South African Krugerrand, the Austrian Mint issued its own gold coin. That’s why in 1989, the Vienna Philharmonic appeared on the market. Its name comes from the Vienna Philharmonic Orchestra, which is the oldest orchestra in the world to still perform today. This choice is due to the fact that this orchestra is Austria’s greatest international symbol. In addition, the Austrian government wanted to highlight the theme of music for its coin because music has no borders. This coin was designed by the engraving chief of the Austrian Mint, Thomas Pesendorfer.

In 1990, only one year after its creation, the Vienna Philharmonic was at the top of the European sales rankings. It was the second most sold item globally. In 1992, 1995, 1996, and 2000 the World Gold Council declared it the world’s most sold gold coin.

Following its creation in 1989, the Vienna Philharmonic had a face value in shilling. Then, since the creation of the euro in 2002, the face value of the coins has become the euro. It is the only gold coin in the world with the euro as its face value.

Since its release, the appearance of the coins has never changed. On the obverse of the coin is the famous organ of the Vienna Orchestra of the Golden Hall and part of the balcony where the organ is located. The inscription “Republik Österreich” (Austrian Republic) and the nominal value are also noticeable. The reverse shows Austria’s musical heritage with a set of musical instruments, including cellos, violins, bassoon, harp, Viennese horn and string bass. Above the instruments is the inscription “Wiener Philharmoniker” (Vienna Philharmonic).